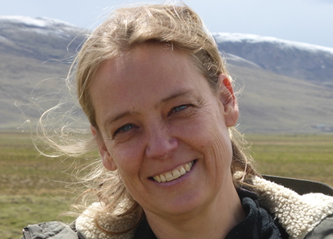 Esther Blom (1972) is a biologist who majored in vegetation ecology at the Utrecht University. Ever since, she has worked for the conservation of nature, internationally as well as in the Netherlands, always for NGOs. Esther was the secretary of a small grants fund for the conservation and restoration of wetlands in developing countries, hosted by IUCN Netherlands. For the Mountain Institute she studied the high-altitude wetlands of Nepal and Tibet. At WWF-NL, she headed the freshwater programme, during which she was closely involved in the river restoration work in China as well as the Southwest delta of the Meuse-Rhine, in the Netherlands. For the latter, she set up a large restoration programme for the Haringvliet, a cooperation between the six Dutch biggest NGOs. Since over 5 years she works for ARK Nature, where she is one of the two directors. ARK focuses on rewilding the Netherlands and surrounding regions.